When people think of Patagonia, they often think of Argentina. However, a large chunk of these wide, unspoiled territories lies in Chile – and arguably the most beautiful landscapes of Patagonia are on the Chilean side. Here are our suggestions for what to see and do in the Southern part of these territories, from Torres del Paine to the island of Tierra de Fuego.

You have probably already read about Torres del Paine National Park, one of the world’s natural wonders. Even though we are all about getting off the beaten path, I cannot write a piece about Patagonia without starting with this gem. The scenery is simply breathtaking, with the vertiginous mountains, the colorful lakes, the waterfalls, the glaciers and icebergs… And you get to see abundant wildlife, including condors and pumas if you are lucky!

Once at the park, there are plenty of options for hiking, from very short to 10-day hikes – it’s actually Heaven for hikers! But I’ll focus on some other activities:

Horses are an important part of Patagonian. Most people there know how to ride a horse, and they are used by the gauchos, the local cow-boys. One of the best places for horseback riding in the area is at Laguna Sofia, with Pingo Salvaje, which has bilingual horsemen.

Kayaking among the icebergs

There are several companies that offer this tour, although I would recommend the guys at Bigfoot Patagonia. Depending on your level of experience, it can be a one-day tour, or up to two weeks of expeditions through the fjords and glaciers. It is quite something to paddle near to these gigantic blocks of blue ice, really! You can also hike on Glacier Grey, but there are better places to do this in Patagonia – namely Glacier Exploradores, further North, or Perito Moreno in Argentina.

Down Rio Serrano in a zodiac

This is a cool way to return from the national park to Puerto Natales, instead of taking the road. You will start descending the river, and then continue onto the sea at Fjord Ultima Esperanza. After that, you will have a chance to walk to Glacier Serrano. And finally, you will catch a boat for a short cruise on the fjord to catch the city. The only downside: it’s not something you can plan by yourself as it combines the activities of three different operators and needs to be coordinated between them.

There are specialized wildlife guides in Puerto Natales that can conduct wildlife tours, to get you to see pumas in their natural habitat, as well as ñandus (the Southamerican cousin of the ostrich), flamingoes, guanacos, condors and other animals. To organize this, you can contact Chileprivatetours.com.

It is rather difficult to book an accomodation inside the park – or even nearby. Whether you choose overly expensive hotels, or overly expensive refuges, or camp sites, you need to book months in advance. Vertice Patagonia and Fantastico Sur are the two companies that operate the refuges inside the park: their respective websites are the only places to book directly. Sometimes they take weeks to reply, so you may want to reach them over the phone. Hotels in Puerto Natales also sell quickly.

While Puerto Natales is the traditional tourist hub to go to Torres del Paine National Park, the city of Punta Arenas is also the departure point to some fascinating excursions, and yet lesser known. From there, you can: 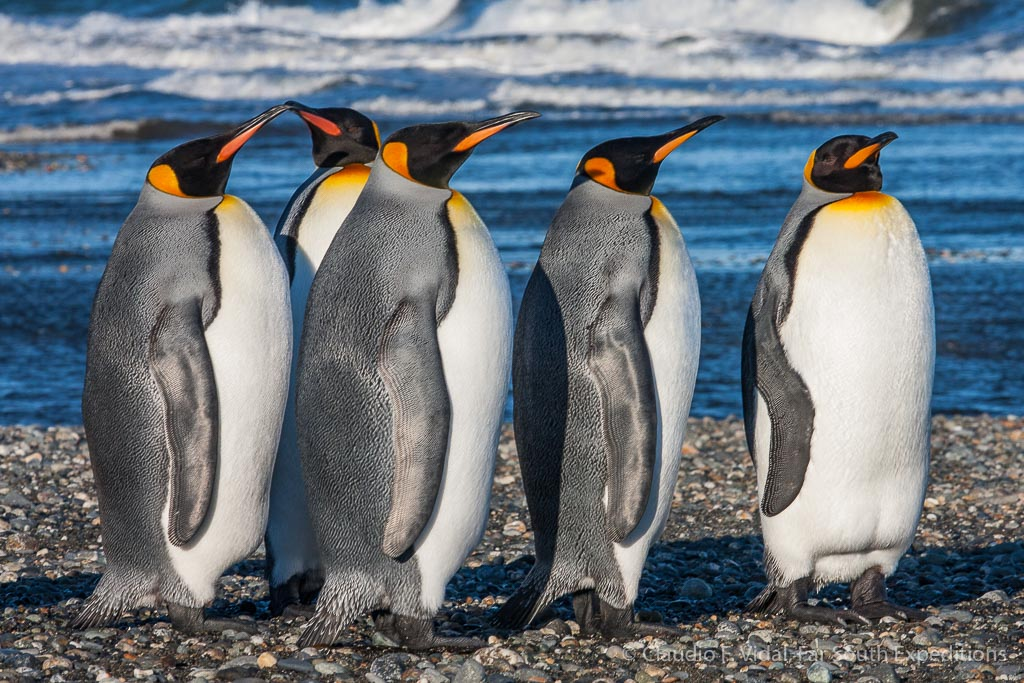 How about going to Glacier Perito Moreno for the day?

Many people decide to take the bus from Puerto Natales in Chile to the town of El Calafate, in Argentina, to go see famous glacier Perito Moreno, one of the most impressive of the Southern Hemisphere. If you don’t mind driving up to 6 hours through the desolated pampa, and back, then by all means go ahead and do it. But I tend to think that it’s better to take more time to explore the Argentinian side of Patagonia, rather than just going there for the day and back. El Calafate and its surroundings have a lot to offer as well.

How about going to Ushuaïa from Punta Arenas?

You can do that, either by plane (it’s quite shaky, though!) or by car. But I must say that Ushuaïa is overrated. The city is nothing special, and in terms of landscape, the mountains are much more beautiful at Torres del Paine. Sure, you can do some boat tours and observe wildlife, but there is no need to go all the way down there for that. Besides, it’s a touristy town that lives mainly from the cruise ships that come and go on their tour of South America.

The coolest thing in Ushuaïa probably consists in getting your passport stamped with the city’s motto: “The Southernmost city in the World”. However, on the other side of Channel Beagle, further South, is the town of Puerto Navarino, which belongs to… Chile! Granted, it’s just a small town, not a city. But Chileans and Argentinians keep fighting over the title of Southernmost city in the World because of that.